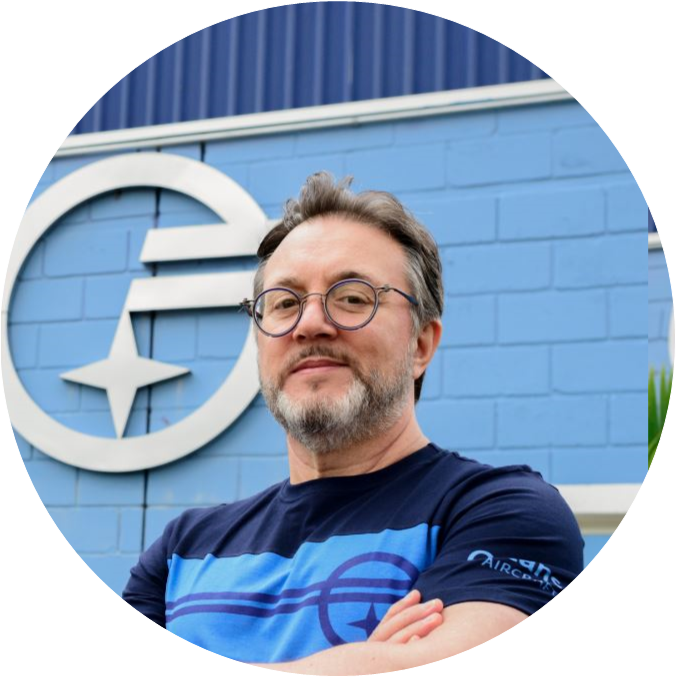 “Come to fly this experience with us!”
… we are all Octans Aicraft!
Milton Roberto Pereira, CEO.
Quality policy
Complying with applicable requirements, designing, producing and commercializing aircraft with safety, efficiency and quality, ensuring our customers’ satisfaction, through continuously training our employees, reviewing our processes and improving the effectiveness of the Quality Management System.
Mission
Being a globalized company, a world benchmark in the aircraft production and related services, leader in its markets and recognised for its corporate excellence by clients and investors.
Vision
Being committed to the stakeholders’ satisfaction, keeping a sustainable and global operation through constant investments in innovation, diversifying its businesses according to the Company’s capabilities.
Values
THE CLIENT is the reason of our existence
PEOPLE, our greatest asset
MERITOCRACY: recognise, value and attract the best talents
ETHICS and RESPECT above all
UNITY, overcome all challenges
DETERMINATION to reach all of our goals
INNOVATION to produce always the best
EXCELLENCE in everything we do
CONTINUITY: commitment to always create value
SUSTAINABILITY: social, environmental and economical commitment

OCTANS AIRCRAFT is an aircraft manufacturer that operates in all its stages, from project design to final assembly and delivery to customers.

Founded in 2002 under the name of INPAER, it had significant participation in the Brazilian market of experimental aircraft, with approximately 240 units delivered.

In 2013 the company moved its headquarters to the city of São João da Boa Vista, in the state of São Paulo, received new business partners and from then on, underwent a process of transformation aiming to migrate to global market of certified aircraft.

Following its globalization strategy, in 2017 the company changed its brand to OCTANS AIRCRAFT INDUSTRIAL LTDA and is about to launch its first product to be certified.